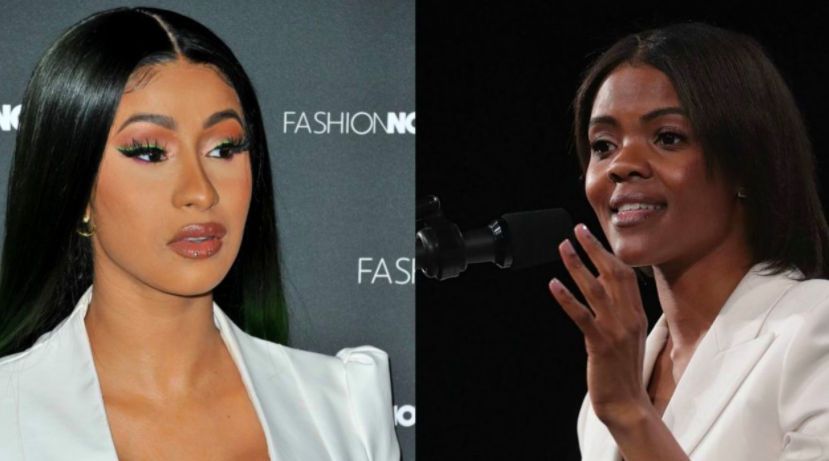 Candace Owens believes that Joe Biden, the Democratic candidate is pandering by allowing Cardi B to interview him and that too just before the presidential election which is going to happen this November. But Cardi B is Cardi B she didn’t hesitate to fire back at Owens on her remarks.

In case, you didn’t know Owens went to the extent of calling the rapper illiterate and dumb. This was so obvious that Cardi B wouldn’t keep shit after hearing such demeaning things against her. Well, she gave it back to the political activist in Cardi B style.

all this drama started when Owens had an objection with Cardi B interviewing Joe Biden for Elle magazine.

Owens was so much against the decision that she even said that this is the biggest insult. She went on to said that it’s like Trump saying that he doesn’t want to give any interview and then agreeing to interview Justin Bieber. She also mentioned that Joe’s team must be checking out Cardi B’s Instagram profile as she has millions of followers, so they thought that it was a great idea to ask the rapper to interview Joe. They must have thought that if this illiterate person says okurr in the middle of an interview, then it will get Black people to vote him. But they didn’t think that it will only make Black people look dumb.

Since most black people didn’t have the spine to admit that @benshapiro was 100% correct about @iamcardib and how her music and platform contributes to the disintegration of black culture and values…here you go. #WAP #SundaySpecial pic.twitter.com/q5QxxX9G4e

She also said that Joe’s team must have told him that black people like the rapper will cast their votes to him if he talks to her.

What Owens said was insulting for Cardi B and we all knew that she was not going to sit back quietly after this. The rapper soon took to her Twitter account to say that Owens is right when she said that she has the power to convince millions of black people to go and vote for the man who used her. She also said that she doesn’t have the time to argue with you and that she feels pity for her.

But this was not the end. Cardi B also wrote that supporters of Trump have harassed her sister, Hennessy Carolina and her friend Owens mocked her on Twitter saying Joe Biden needs to talk to you because you have the top song and Santa Claus is targeting your sister.

After posting a couple of tweets against Owens, Cardi B posted an 8 minutes long video clip on the platform where she is seen expressing her thoughts on the whole matter. If you haven’t seen the video yet, then you should visit the rapper’s Twitter account.

As a part of the political sphere, Owens passed some harsh comments on Cardi B which was not at all needed. But she anyway did it and got a perfect reply from the rapper herself.

After all, no one gets away insulting Cardi B in public. No matter, what Owens shouldn’t have spoken such ill words about Cardi B.