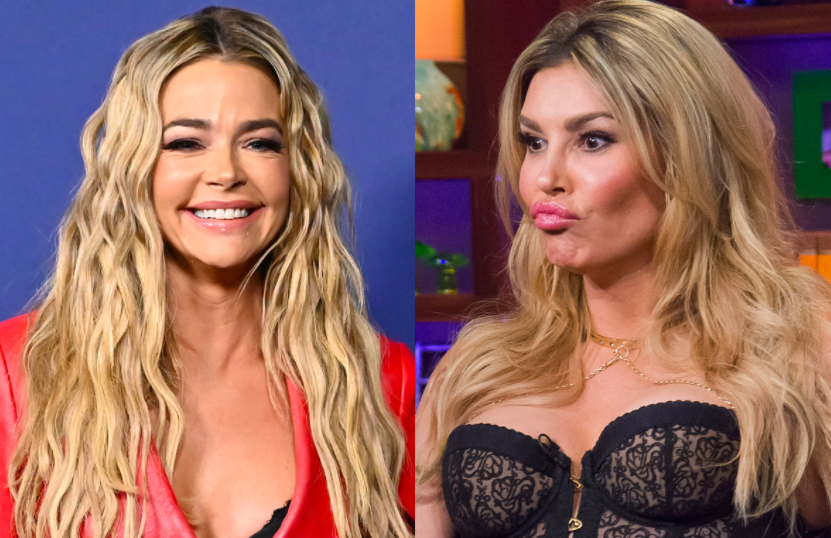 The show Real Housewives of Beverly Hills has been a season full of drama for Denise Richards. Last season, we witnessed all the crazy stuff that happened on the show. But Richards is gearing up to come back for season 11. Speaking of Richards, we got to know from an insider about her feeling after her scandal with Brandi Glanville.

Right now Richards has not confirmed her decision whether she is going to come back in season 11 or not. However, if she does come back, she is not going to let the Brandi Glanville scandal affect her in any way.

According to an insider who spoke to HollywoodLife, Richards’s decision of whether she wants to come back on the show or not is no way influenced by her fallouts with Brandi Glanville and Lisa Rinna. She is not the kind of person who lets her decisions to get influenced by others.

Meanwhile, some of the co-stars on the show are assuming that Richards is not going to return to the show for another season. They believe that she is going to get into some other project and focus on her acting career instead of becoming a part of RHOBH once again.

after all the drama that she is been going through with the other ladies, it is only obvious to believe that she is not going to be a part of season 11 in Real Housewives of Beverly Hills.

Richards is going through a lot of things right now. So if you don’t get to see her in the next season of RHOBH, it shouldn’t come as a surprise. With all the things going on in her life, there are high chances that it will end up influencing her decision.

Even the insider confirmed to the same news outlet that her co-stars think that she will quit the show. However, they also thought that she wouldn’t turn up at the RHOBH reunion party, but they were proved wrong.

Richards appeared for the reunion episode where she had a fallout with Lisa Rinna. The fight between the two got so worse that they are no longer in talking terms now. However, Richards is ready to fix things with the other lady, only if she apologises to her first.

Both the ladies fought with each other because Richards supposedly liked a post on Twitter that suggested that Lisa Rinna should be thrown out of the show. This pissed off Lisa really bad and she accused Richards. However, Richards didn’t agree with her accusation and said in her response that she liked the post because of another cast member and not her.

Despite her statement, Lisa Rinna didn’t believe her and continued to shout at her. This shocked the fans who were looking forward to the second part of the reunion as they didn’t want to see how their fight ended.

After all this hefty drama, we are left to see whether Richards appears on the show in season 11 or not.

Kingdom Season 3 : When will the Korean Zombie period drama come back on the screen? Release Date & Details.

Netflix’s ‘F is for Family’ Season 5: What We Know So Far

Love Season 4: Will Netflix allow this series for a comeback with fourth season

Blue Lens Glasses – 4 Styles You Must Check Out

Maria Garcia - October 3, 2022 0
Sunglasses have maintained themselves to be one of the hottest selling accessories of all time, and so the lenses of sunglasses matter a lot;...

Nose Pin Fashion Throughout the Years

Kingdom Season 3 : When will the Korean Zombie period drama...