With new web series platforms coming up for the entertainment of the audience, it isn’t surprising that we now have one dedicated to Gujarati content. OHO Gujarati splashed across the news and the audience is pretty stoked as to what the platform has in store for them.

If you have watched Sony LIV’s Scam 1992 and loved the character that Pratik Gandhi played, you will want to watch this series too. The only obstacle at this point is that the show is in Gujarati. The new show, Vitthal Teedi is set against the 1980s backdrop and finished filming in January 2021.

The official poster and announcement of the show were made via the Instagram account of OHO Gujarati showcasing Pratik Gandhi in a completely new avatar. The audience is intrigued as to what they can expect from this new show and Pratik’s acting skills. The trailer of the show has come out on May 01, 2021.

Given the kind of popularity that Pratik Gandhi has garnered from his first web series as a lead, it isn’t surprising that the audience is pretty excited about this new project too. Born a Gujarati, Pratik has been an active part of the Gujarati theatre and entertainment industry for a way longer than his audience knows him for. So, to see him in this new element is going to be pretty amazing.

If you have watched Scam 1992, the themes are pretty similar but the plot isn’t. So, don’t worry because you wouldn’t be bored watching the show at all. The plot of the series follows the life of a gambler, who spends his life in a village but manages to surprise his people with the kind of skills he possesses.

However, things take a complete U-turn when he reaches the city and tries out his luck there only to lose everything. What happens when he indulges in the largest gamble of this life? This is what the series is all about and is going to gradually unfold as the episodes unfurl.

The OTT platforms where the show will be available have released a trailer for the audience to binge-watch and get an idea about the storyline and expectations. 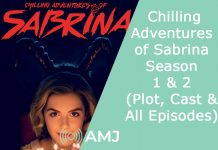 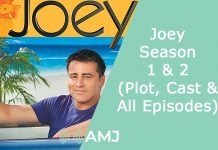 Index of Joey: Step Into a World of Fun and Nostalgia 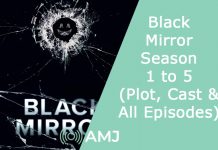 Index of Black Mirror [Cast & Plot]: Everything We Know

Index of Chilling Adventures of Sabrina – Here’s what you can...

Index of Joey: Step Into a World of Fun and Nostalgia